My baby is finally starting to crawl on his knees. Yeah! Last night I sat him on the floor, he trasitioned to his knees, then crawled on his knees to a toy, and sat down to play with it. Randy and I were so excited. Ben was excited too and gave himself a big clap. He is still army crawling a little bit, but not as much as before. Maybe I should not be so excited, becasue this means that he will be able to go faster, and will be getting into more things. Here is a picture of Ben at the park enjoying the swing. 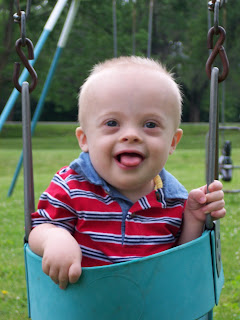 While it is true that kids grow up too fast, my Noah is trying to speed it up even more. Noah is going to be 7 in a few short weeks. The crazy thing is, that the silly boy has convinced himself that he is going to be 8. I keep telling him that he was born in 2002 and therefore can only be 7, but he argues with me that he was really born in 2001. He is big for his age and towers over many in his class, even though he is one of the youngest. He is also very athletic and has been playing sports with his older brother since he could walk. I don't know what to do with the boy. Here is a picutre of him at the astronaut museum and a video of him batting. 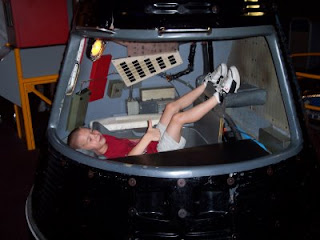 John is enjoying baseball this summer too. He is also busy taking care of Bailey, doing some summer school work, and working on 4'H projects. Below is a video of him batting. 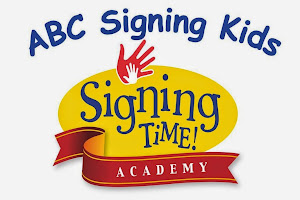